In a 4×4 you can follow literally in the wheel-tracks of history. Down quiet green lanes, you can re-trace ancient routes which were the very lifelines for generations of travellers. These ancient roads offer 4×4 owners a rare and privileged opportunity to view breathtakingly beautiful areas that no one other than very intrepid walkers, hill farmers and forestry workers are likely to share.

The routes that Pro-Trax will use in the Wiltshire area are skilfully planned so that over the course of the weekend they become more breathtaking and technically challenging. This will become more apparent as we take you through an impressive variety of terrains from forest to hill top and back down to surrounding plains and pot hole filled chalk trails.

What makes Wiltshire so attractive as a driving environment is that some of the lanes sit on areas which are thought to have both mystical and mythical powers enthralling visitors from around the world. A quote from a Times journalist says “ One of the most spectacular regions in the world, Wiltshire, in Southern England, is famous for the “unexplained.”

UFOs, crop circles, standing stones and white horses in the mountain-side are topics of mass-conversation and much speculation. UFOs have been recorded in the region for centuries, but one of the most memorable experiences was in the 1960s when the small town of Warminster became the epicentre of a phenomenon called “The Thing” It began in 1963 when residents heard a loud, unidentifiable whine in the sky at night. No one saw anything, but word spread and soon people began to fear it.

Coupled with being one of the largest military training areas in Europe, who knows what we might see over the weekend??

The lanes driven would have been worn down by carts over thousands of years and who knows, walked on by ET???. Therefore high levels of concentration are required as carts obviously weren’t very wide (!) – a misjudged approach could see Land Rovers taking home the impression of a dry-stone wall, tree or a Tank!! on their bodywork!

Most of the tracks require low box, and are still hugely enjoyable – the hard ground and dust in the summer in comparison with the mud and water filled ruts of the winter make travelling across the chalky terrain highly entertaining! You can see this for yourselves as we tackle river crossings, rock steps, dense forest and steep gullies, also taking in various historic locations and nature sanctuaries en-route.

Whilst this is not a physically difficult terrain it is technically demanding – brain before brute force as it were! However, by the time you make your way back home you will have wound down several notches from the pressures of everyday life…!

The format for these weekends is 1-4 people to a vehicle (your own), sharing the driving with their partners over the next few days.

It is also worth noting at this point that 4 x 4 owners with any make of vehicle are welcome to accompany us on these trips as the nature of the terrain is suitable for all types of vehicle and varying standards of driver ability. You can also be sure that when the ‘going gets tough’ the professionals are on hand to ensure that everyone makes it through safely.

We meet at the Travel Inn in Devizes for 9.00am to sign in and a short briefing, we leave for the trails at 9.30am. Saturday lunch is on route and our overnight stop on the Saturday night will hopefully beat the start location near Devizes (recce to be done to locate hotel or similar) After a hard day driving the guests can then relax in the friendly surroundings of a country Inn where we have a meal together (price not included) before taking to their beds at leisure. At 9.15am on Sunday morning we go straight into the lanes and head for Salisbury Plain, the weekend will endex in the Burbage area around 4.00pm.

For the more adventurous among you there is the option of camping, either ‘wild’ in the hills, or using approved campsites in the area. This again adds to the feeling of pure escapism on the weekend leaving the restraints of everyday life far behind..! A barbecue out in the Mystic Wiltshire plains on a warm summer’s evening (yes it can happen!) is not to be missed, and who knows who may visit you in the evening???.

The cost of this weekend per vehicle is £120 and excludes any food or accommodation but does include expert instructors, well equipped support vehicles and well researched lanes. On receipt of your booking form you will receive a confirmation letter with joining details and accommodation information for the area. 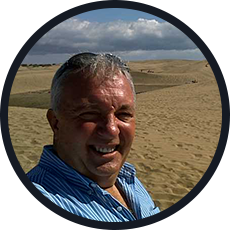